Róisín Lonergan is the Creative Director and force behind the Five Lamps Arts Festival, she is also a coordinator and lecturer at Marino College. 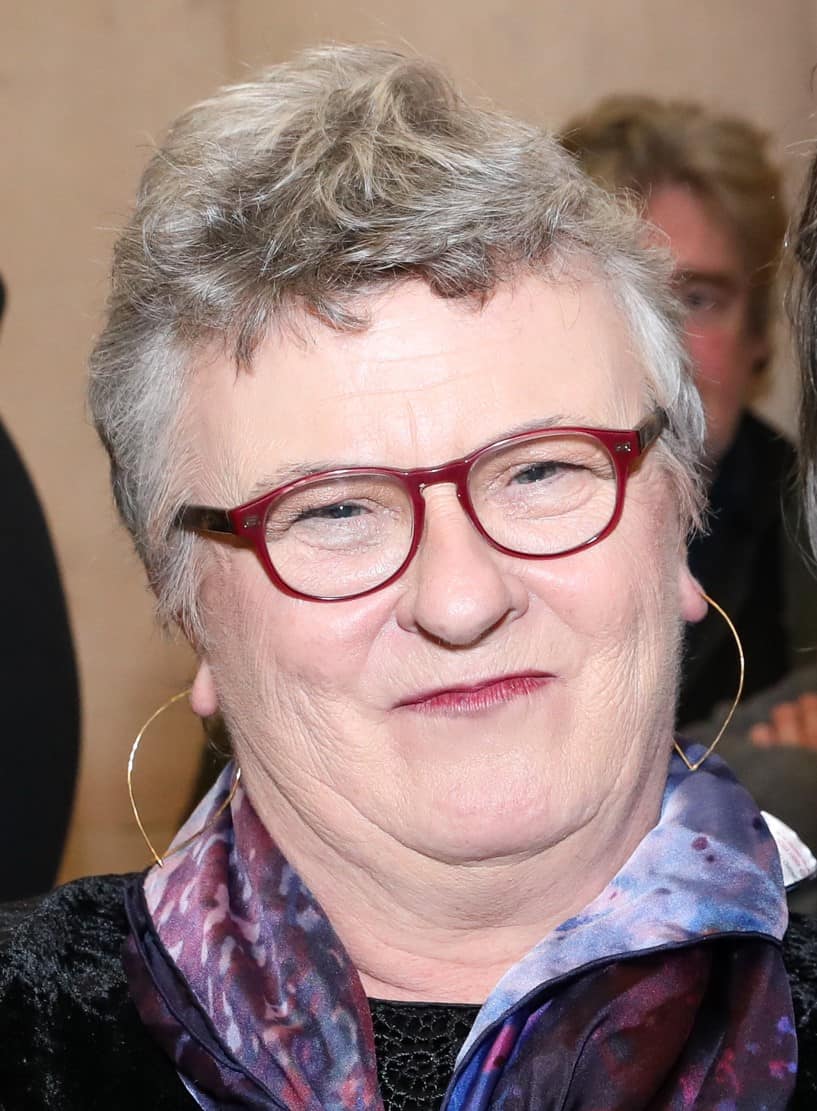 In 2007, while a teacher at Marino College of Further Education, Róisín approached Dublin City Council’s Arts Officers about the need for an arts festival in the Five Lamps area. The reaction was positive and Róisín was told that the Council would support it if she would initiate it. That she did and the festival is currently in its 9th year.

The Five Lamps Arts Festival is an example of how Róisín has paired her passion for the arts with an interest in community development. It began while doing a Masters, Róisín set out to explore drama as a vehicle for development, as it has been in ancient civilisations and how it can be for present communities.

Róisín operates on the belief that the arts is a way of doing this – of animating and stimulating, of building confidence, of prompting reflection and driving local development and vision. Róisín is motivated by a conviction that the arts should be accessible to everyone. Whether it’s people with disabilities whom she worked with as part of a drama group at the Central Remedial Clinic (CRC), or people who grow up removed from the arts, sometimes despite a strikingly short physical distance from Ireland’s national cultural institutions.

In the arts, as in all other realms, people do not have access to the same opportunities and the Five Lamps Arts Festival seeks to play a part in promoting and faciltating equality, in changing a mindset that judges and excludes.

“I don’t see it as something to make you better. It’s an opportunity for people.”

For those who feel like they are on the outside, the arts needs to be understood as democratic, a choice, a freedom, a form that you can turn to and enjoy for whatever reason. To work on levelling this ground, Róisín believes that engaging children at an early age is key. That is why the festival features strong involvement from local schools – like St Laurence O’ Toole – as well as ensuring that events are engaging by providing a lot of workshops, and that most events are free of charge.

“You have to have the children wanting it and then the parents will want it.”

It is crucial that parents support and encourage a child’s interest. It is from such a nurturing foundation that long term change can happen as new practices become embedded in family life (like playing a musical instrument), and new attitudes adopted (liking feeling comfortable in a museum or at the theatre). Or at least traces of these practices and attitudes that will gain cumulative ground over years.

In fact, Róisín encounters a lot of young parents at Marino College who have chosen to return to school.

“It’s when (their) child starts going to school that they realise what they’ve missed themselves…when they have a child        themselves they want everything for that child, including the arts.”

Although, she see’s this as a very positive thing, she firmly believes that teenagers need to be engaged and supported more so there is not that gap in a person’s education, or a lack of motivation and expectation during adolescence.

“We have to look at ways of getting young teenagers out there and being confident. I think the arts are invaluable in that       way.”

It is here that the arts can make a difference – encouraging openness, dialogue and providing stimulation and engagement. Róisín recognises the vital role that youth services such as SWAN play, as well as Marino College itself with many of Róisín’s students involved in the festival as volunteers, while the Five Lamps Theatre Company regularly provides opportunities to former students giving them valuable experience in theatre.

Because the theme of the conversation – the arts as a tool for empowerment and expression – as well as enlightenment, and its potential role in community development, I felt it important to ask Róisín about the tension between ‘art’ and ‘community art’. There is a fear and perception that art made in or for a community takes a diluted form, that can lead it to be considered amateur and of less weight. Róisín’s response again draws on ideas of accessibility and choice.

Róisín’s answer was very clear; there is art for everyone and to everyone’s liking. Taste is subjective but inclusion should not be. It’s also important to say that the festival respects diversity by presenting a mix of art forms and artists so choice is a strong virtue of the programme.

I also asked Róisín about the impact the festival has had on the locality over the years and she said she wasn’t quite sure. An honest and reasonable anaswer given that many would consider it an unfair and irrelevant question for an arts festival to have to answer. In any case, what she did talk about was that the festival has identified Róisín and the College as a point of contact for local people and groups who are active in the arts or the community.

For example, five years ago, people from the local Sherrif Street community asked Róisín to help with a St Patrick’s Day festival parade, and she has been involved in someway or another each year since. Róisín has also organised meeting spaces for groups in the College, and feels strongly that the community should look around at all the available spaces and seek to use them.

“The college is part of the local fabric…it’s a public college and should be open to community.”

This value is reflected in the festival with the 2017 programme shining a spotlight on the canal as an under-utilised space, one which Róisín descibes as “like a lung right in the middle of the community”.  Waterways Ireland is sponsoring a day of events ranging from busking, boat trips, a walking tour and an indoor picnic made from unwanted or discarded food.

When asked what she was looking forward to seeing the most, with a parity of enthusiasm, Róisín went on to cite most of the programme. To break it down, notable mentions went to plays by Uncut Diamonds and Joe O’Byrne, music events such as Lisa Lambe and the Finale Concert, as well as the walking tours, Stephen Loughman’s exhibition and Sé Merry Doyle’s films.

The Five Lamps Arts Festival takes place from 30th March to 6th April. You can view the Programme here.