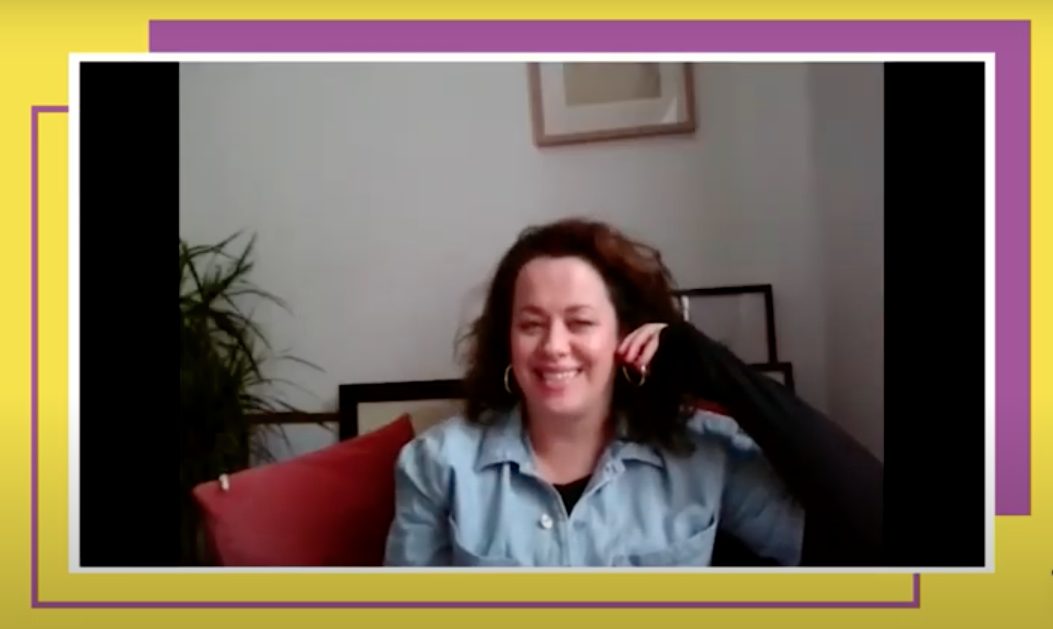 For Neilí Conroy, acting is in the blood.

Her father was a successful actor, and her mother ran a children’s theatre company and puppet theatre in the 1980s. They were, in her words, ‘very alternative and bohemian types’. She grew up surrounded by books and caught the acting bug at primary school.

Today, Neilí is a much-loved figure in Irish acting. Her back catalogue is very impressive, including key roles in shows like Fair City and Love/Hate, and films such as The Van, Kisses and The Crush.

Her talents extend to the stage too. She recently starred in the hilarious and poignant Philo, a play by acclaimed Irish director, Peter Sheridan that was part of the Five Lamps festival.

We recently caught up with Neilí for a chat that covered everything from her start in acting, to whether she knows in advance what will happen in Fair City. 🙂

Some highlights are below, and the link to the full video interview is at the bottom of the post. Enjoy!

Neilí, how did you get your start?

My father’s an actor, my brother acted, I acted as a child. We were in the Abbey Theatre, The Field. We were the three kids in the pub of the play, and we went to Russia with that in 1988 and my da was ‘Tadhg’ in that. I was only 11 and I did it for a year-and-a-half I’d say.

And then my brother Rúaidhrí would have got a lot of work as a child, or a young adult or whatever and then my dad was acting… It was obvious, like after school you go into town and you just walk into a rehearsal room, and while the rehearsal was going on you just sit there for the day. It was a different time. We were touring, and we’d go on tour with him but my first job was Family – Roddy Doyle’s Family.

Was there any doubt you’d take to the stage and screen?

I left school and I was working in town – ‘La Mezza Luna’ – in a restaurant  I really didn’t know what I wanted to do. I did like art, but I wasn’t that good at it. If anything I would have been more visual than academic, and so I got an audition for Family. I kind of thought nothing of it because you kind of don’t want to let yourself look forward to something…you don’t let yourself dream like that because you don’t want the disappointment.

I think I was always like that and it’s very hard to admit to yourself, ‘Oh I want to be an actor!’ and it’s a huge thing to say, because so few people get to do it as a living.

Will we see a third generation of the family tread the boards? Isn’t your daughter Ghaliah studying at Fontys Dance Academy?

My eldest daughter is 25 and she is in dance. She’s going to be a choreographer. She’s in her last year in Holland, in Fontys, so she’s definitely going down the performance route. The acting? I don’t know. She has done some acting but dancing is her passion, and she’s a great singer. She’s the whole package!

My daughter Juno, she’s only 15. I’d say she could easily be an actor, yeah, with her personality.

Would you advise youngsters to become professional performers? Should they go to drama school?

I’d advise any young person. You have to be careful not to be too negative, and too cynical about it. I used to be much more cynical. I not cynical anymore. Maybe it’s because I’m in my 40s and I don’t really care anymore as much as I did! I never went to drama school and it’s very hard when you don’t go to drama school; to catch up.

Any ambitions to direct or produce, Neilí?

I did arts training, where you trained to be a youth theatre drama facilitator. Great course, gone now. I was out in Clondalkin…I was in the SWAN centre in the inner city. Directing is something that I would be interested in.

The part of Philo Nolan seems almost written for you. What are your thoughts?

Philo came along and it’s a real passion project, and a great part. If that was on in the Abbey I wouldn’t be playing that. I don’t think so, no. I’ve never been on the Abbey stage or anything – since I was 11. Or the Gate stage.

You have to stop feeling so emotional about that, and having that attachment to those buildings that you think ‘Oh, I have to get a job in there!’

Sorry, at the end of the day if they’re not considering you – you have to move on, don’t you?

Philo would work everywhere, in New York, or London…Ha-ha!

No, everyone would have a great time.

It’s a great play, it’s a great piece of theatre for an hour, and it flies by. There’s no messing with it. Everything that’s there has to be there. There’s no going off into those monologues and crazy notions.

Neilí, thanks for your time. Check out the full interview here, and keep up to date with Neilí and what she’s up to on Twitter and Insta.