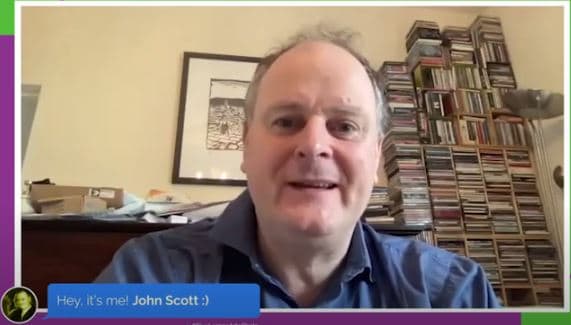 “I wanted to show the variety of Irish Dance and to Challenge what Irish identity was. Irishness is more than just the red hair, freckles and pale skin”
John Scott is the Artistic Director at the Irish Modern Dance Theatre, a Dublin-based contemporary dance ensemble that brings together diverse casts of Irish and international dancers to mix styles and explore contemporary issues while shattering the expectations of dance and dancers.
What is contemporary dance
Contemporary dance might seem a little strange at first but fundamentally it’s about expression, storytelling through movement and invoking feelings from the audience, even if they don’t understand why. It combines elements of several dance genres including modern, jazz, lyrical and classical ballet but often stresses versatility and improvisation, unlike the strict, structured rule and forms of ballet. The pioneers of contemporary dance like Isadora Duncan, Martha Graham, and Merce Cunningham believed that dancers should have freedom of movement, allowing their bodies to freely express their inner feelings.

Who is John Scott
In this interview, John tells us how he was raised by Dublin’s Abbey Theatre, where his father worked for most of his childhood. After falling in love with dance, he aspired to study it – something which was highly irregular for a young man back in those days.
In the end, he didn’t start dancing until he was 19. For context, ballet dancers often start training at the age of 2 or 3, which means if they are accepted into a Ballet company at the age of 19 it will have taken them 16 years of training to reach their goal of becoming a professional dancer!

As a late starter, he was frustrated – he felt like he was playing catch up until he learned a release technique from Marsha Paludan to help him tune into his body and express himself to the fullest.

“Some people say it’s about the church and our body, that maybe the way we move [as Irish people] says something about the way we perceive ourselves”

What does the Irish Modern Dance Theatre do?
A dance theatre (also known as a dance troupe or a dance company) is a group of dancers and supporting organisers who work together to choreograph, rehearse, produce and perform dances as a spectacle or entertainment. John set up the Irish Modern Dance Theatre in 1991, a year when many contemporary dance and ballet companies were closing across Ireland.

He set it up with the specific intention to connect other artists to Ireland because he felt Ireland’s experience of contemporary dance was very limited.

“It was exciting to be a pioneer but it was kind of hard too – [nowadays] there’s an infrastructure that just did not exist in those days.”

In this interview, John talks to Roisin about the 30th anniversary of that Irish Modern Dance Theatres very first performance, his experience being a trailblazer of contemporary dance in Ireland and how the contemporary dance scene has grown over the years and what’s available for aspiring dancers in Ireland today. He also talks about some of the work he has produced over the years, the cities he’s visited and how he adapted to overcome the challenges of the pandemic as a dancer.
“Ireland – with it’s new definition of identity – is expressing itself and choosing dance. I think it’s only the beginning”