During the last few weeks, we released online, through our Youtube channel and IGTV,  three short films that premiered at the Odeon Cinema last summer as part of our Festival 2021 edition. You can watch them at the links below or by visiting our website.

“Nearby Dublin”, directed and written by Grace Corry is a hilarious mockumentary about the impact of seagulls on the lives of the people of Dublin, but in particular, Heather and Tim who lead, “People Against Seagulls”, a movement that seeks justice against the constant intimidation of these invasive creatures. Watch here

“Samia, The Brave”, directed and written by Joe O’Byrne. This is a play that uses music, dance, and media about Samia Yusuf Omar who was a SomalianOlympic sprinter and whose life came to a tragic end when she was trying to achieve her dream to play at the London Olympics. Watch here

“Fiúntas”, by Fanzini Brothers. This film features six circus artists in different locations in Tralee, Co. Kerry and it is a response to the social value of the artist, a questioning of purpose and worth of the arts and artists due to the pandemic. Watch here 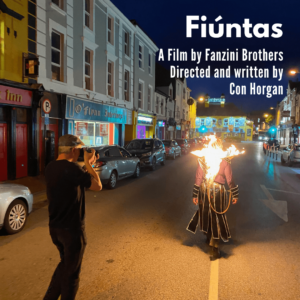